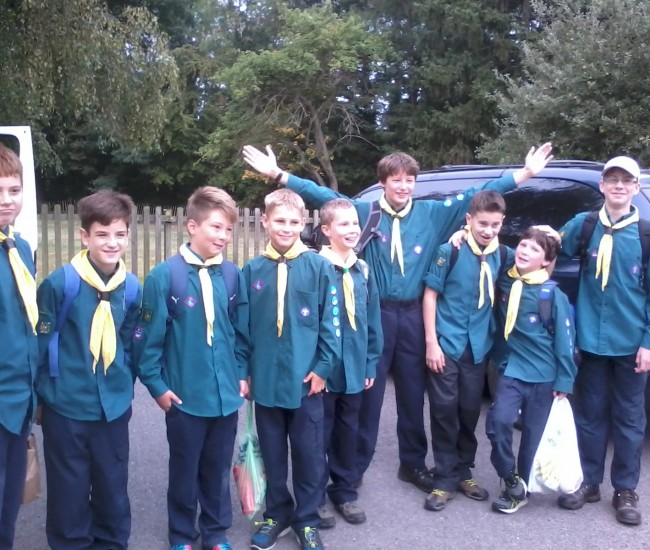 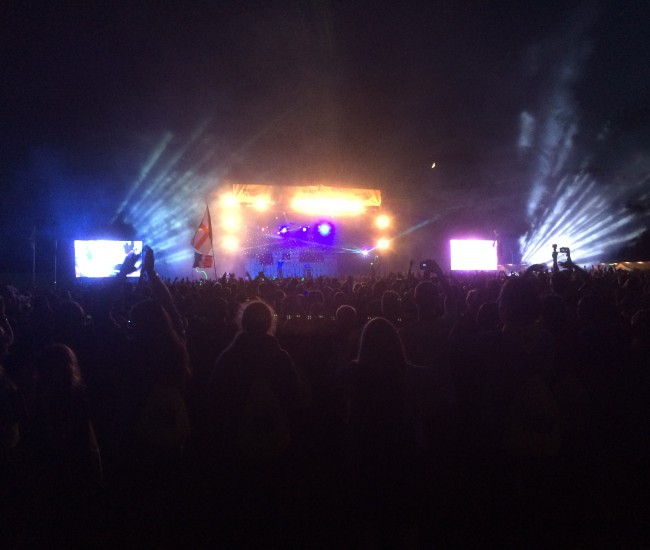 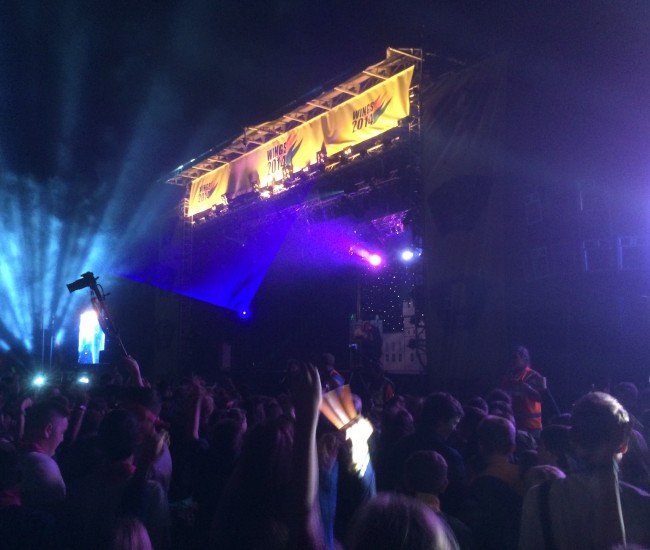 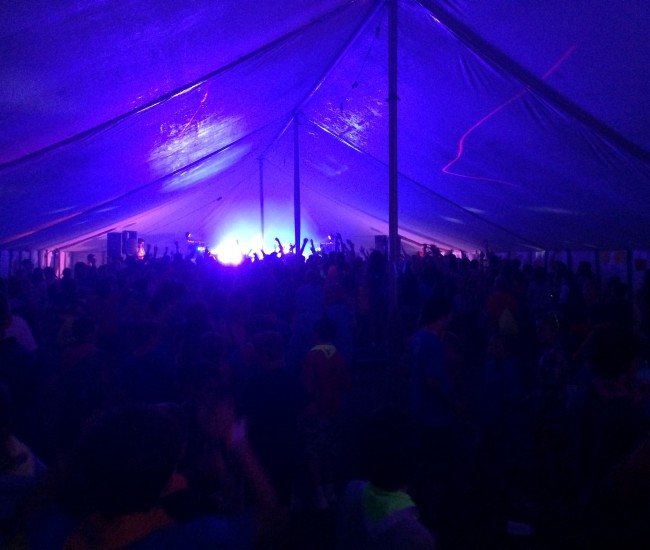 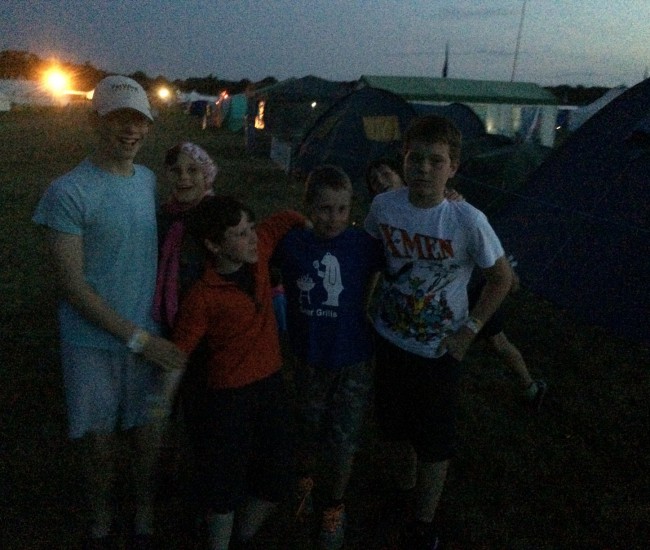 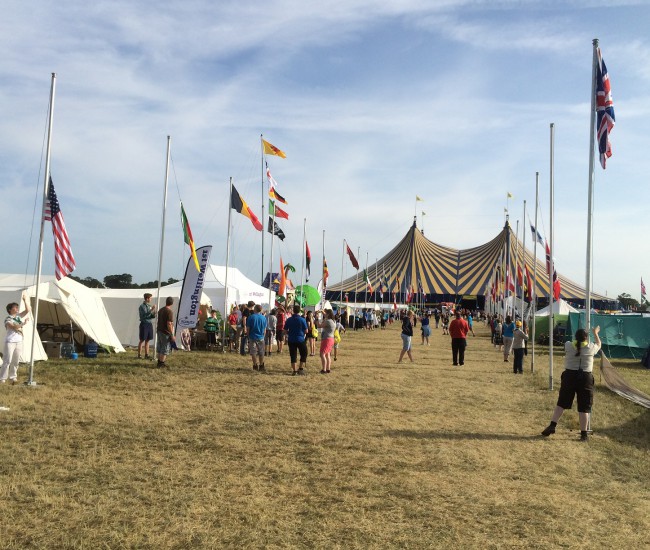 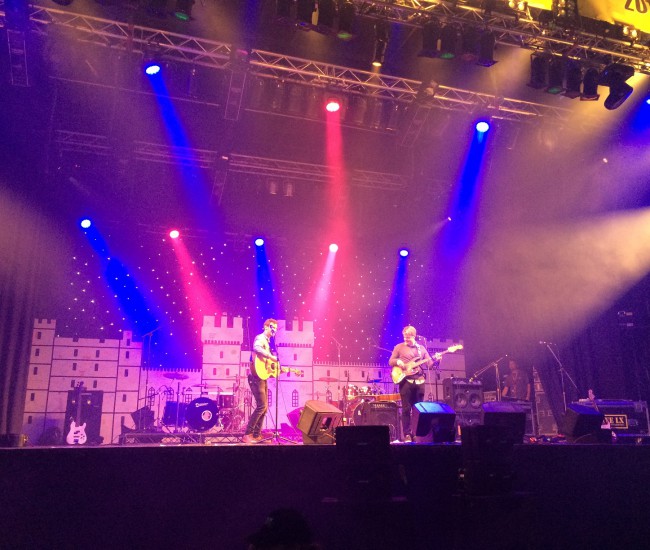 In August, 10 scouts and a number of leaders spent an extremely fun and enjoyable week camping at WINGS 2014, the Windsor International Guides and Scouts Jamboree, a special event held every 5 years in Windsor Great Park. Around 7,000 people from 41 countries camped in the Queens back garden!  Early on a Saturday morning the boys were dropped off to join 1st Hurst Air Scouts who we camped with.  Pete Fry our Group Scout Leader, plus the Hurst Leaders looked after the boys and girls from both troops.

WINGS 2014 was particularly well supported by 1st Wargrave Leaders, who volunteered for a number of staff roles to assist with the organisation and operation of the camp.  Bill Bookless (former Group Scout Leader and now on the Executive Committee, and Quartermaster) was Site Director; Nigel ‘Nige’ Board (Scout Leader) was Science Sub-Camp Leader responsible for 1 of the 5 Sub-camps so over 1,200 Scouts and Guides; Simon Smith (Puma Cubs Leader) was on the Security and Fire Team; Richard Best was a team member with Nige on the Science Sub-camp; Jordan Johnstone (Scouts Section Assistant) helped with 24×7 Security; and Peter Walsh (Assistant Scout Leader) had a dual role – team member on the Technology Sub-Camp and Try It! team member on the climbing walls. 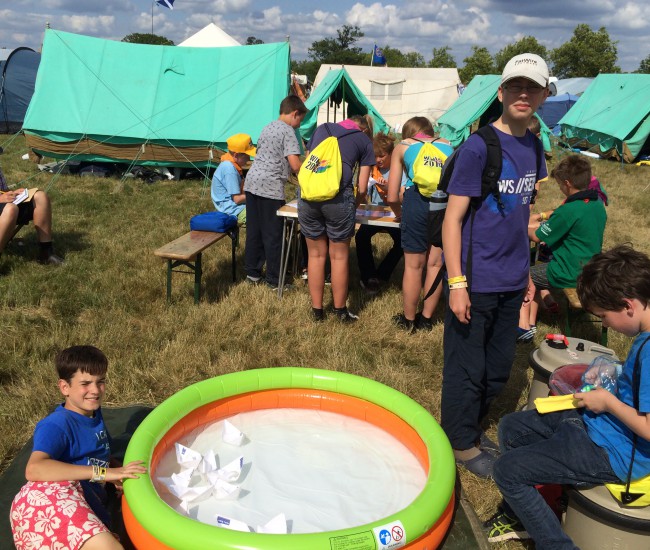 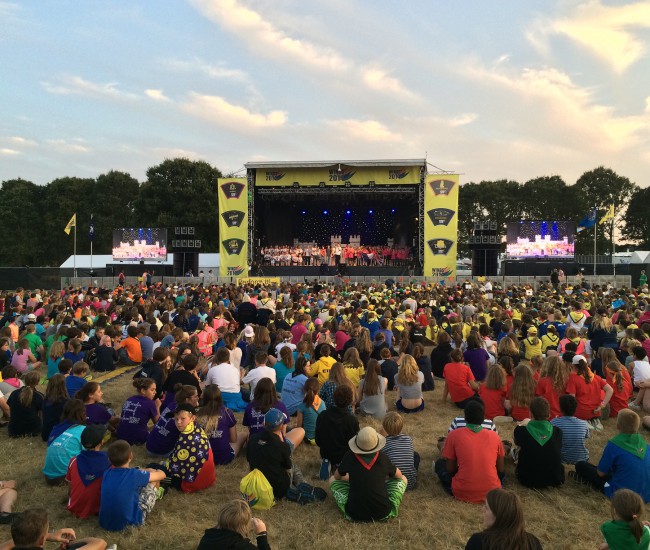 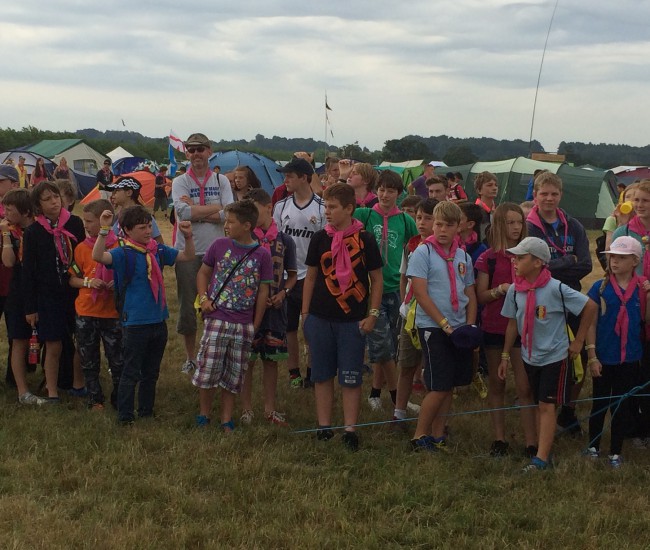 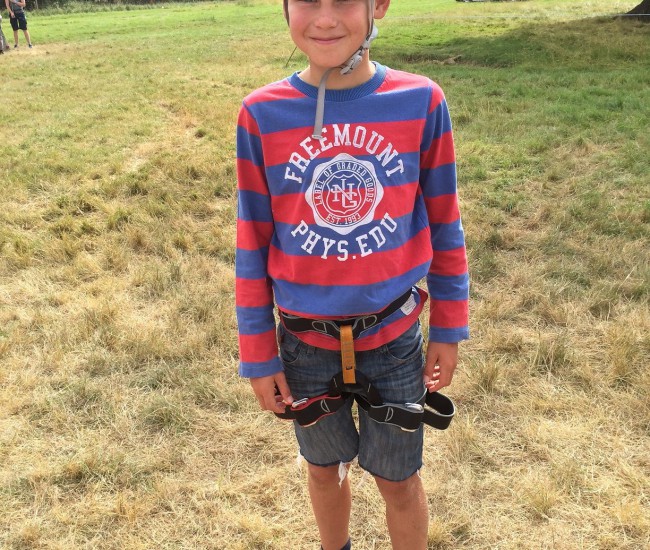 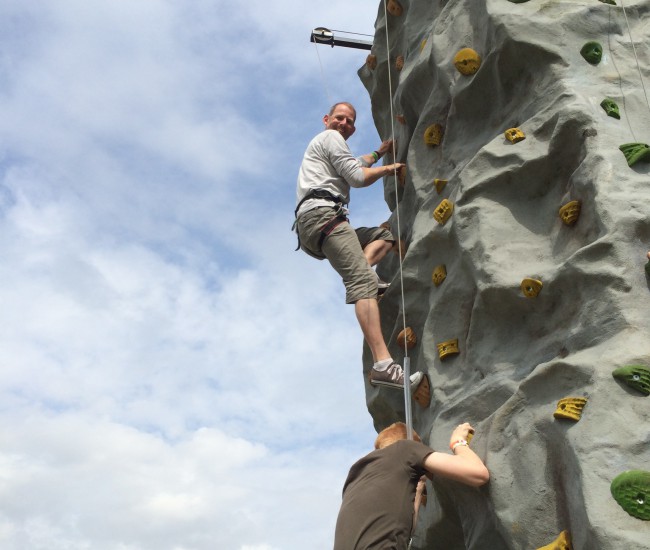 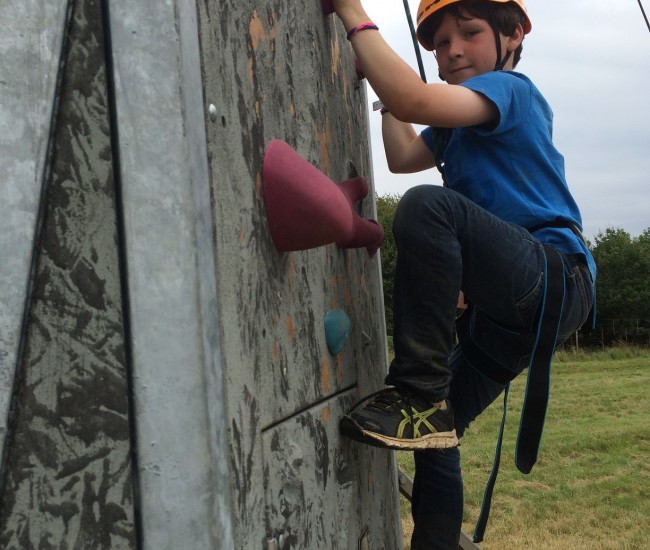 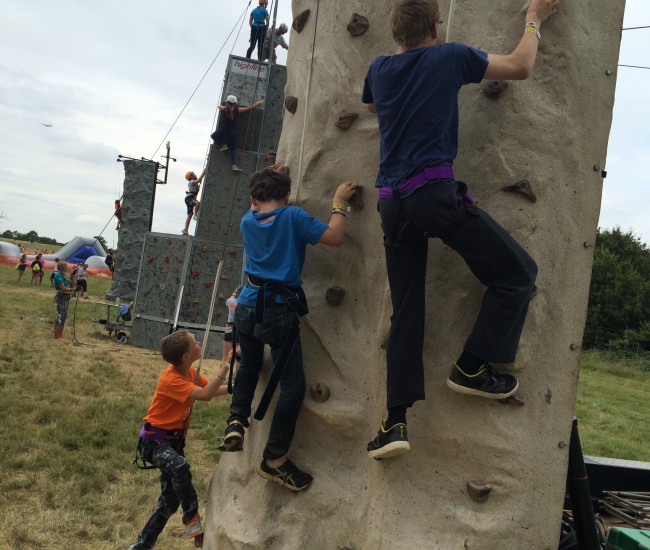 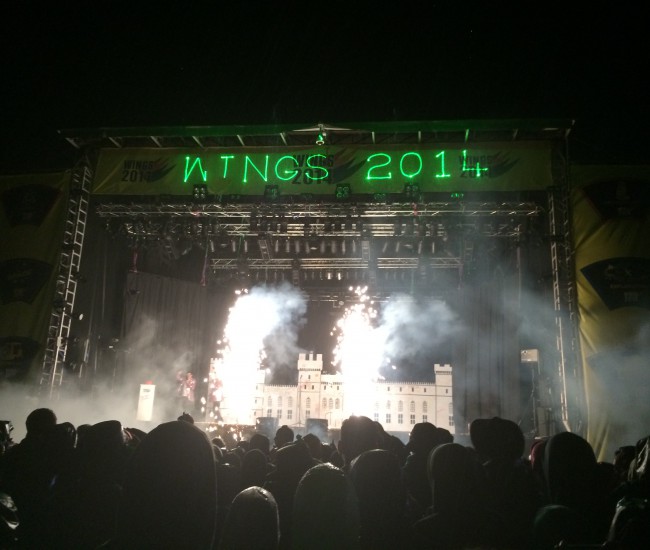 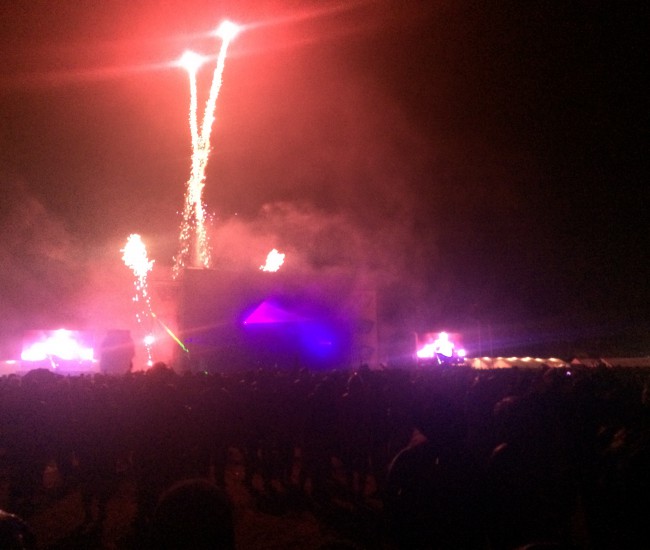 WINGS was a memorable experience for all of the boys, and a chance to try out a huge variety of activities including: abseiling, high ropes, climbing, wet and dry caving, parkour, day hike (and shopping!) in Windsor, mop hockey, bungee trampolines, archery, rifle shooting, circus skills, kayaking, dragon boating, water zorbs, screen-printing, fire-lighting, trek cart racing, cooking, badge-swapping – the list was near endless!!  The evening entertainment was varied and spectacular with talent contests as well as mad scientist, pirate and neon themed parties with live DJ’s and bands, lasers, mocktails, popcorn and candyfloss!  Throughout the week most of the boys achieved various tasks and daily challenges that earned them the ‘Windsor Award’ (which can be worn on their uniforms).  They also completed tasks that will count towards the Outdoor Challenge and Global Challenge Award badges.

An endless supply of pineapples, mangoes and cucumbers allowed many scouts to try out new fruits, some for the very first time! The sheer scale of the planning, organisation and event execution was amazing, and overall the camp was a major success.  A big thank you to all of the Wargrave leaders that gave their time and worked hard to make the jamboree inspiring and memorable for the scouts.  Looking back, it was an absolutely fabulous event which all of the boys thoroughly enjoyed, some of them could not stop talking about it for days after.  For many, it will be the highlight of their scouting careers. For more photos and comments visit the WINGS 2014 Facebook page.

We are all looking forward to WINGS 2019, its not too be missed.  Maybe see you there?