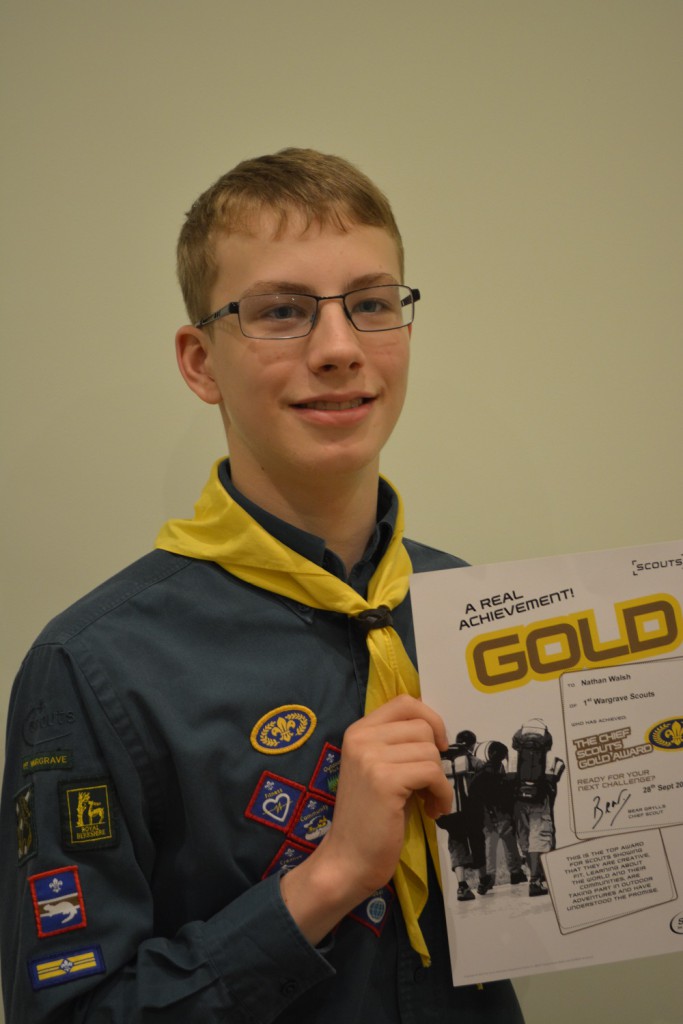 At the end of last year 1st Wargrave Scouts held their third “Almost Christmas Show” at the Woodclyffe Hall.  The evening started with some rather special awards.  Nathan Walsh, aged 14 and a Senior Patrol Leader in the Scout section was awarded the Chief Scout Gold Award by Nige Board his Scout Section Leader.  Nige explained that everyone at Wargrave Scouts is very excited that Nathan has achieved this award as no one else had reached this standard for a number of years.  The Troop is looking forward to more young people completing the required badge work to attain this top award in the near future.  Scouting offers a varied programme of indoor and outdoor activities, including Camping, Hiking, cooking, creative and community activities.  This enables every Scout to attempt to achieve this highest level of merit in Scouting. 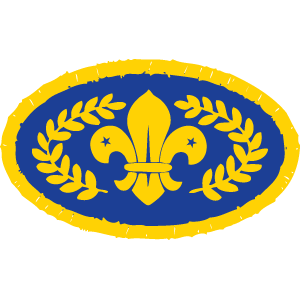 Nathan has diligently had a go at everything during his 3 years with the troop, participating in activities and completing challenging tasks to a high standard. Nige presented Nathan with his Badge and a signed certificate from Bear Grylls, Chief Scout.

Nathan was also awarded a gift from Mark Ballard, District Commissioner for Loddon District Scouts who commented that the Chief Scout Gold Award is awarded to only a handful of Scouts every year across the District, which consists of 13 Troops located in Twyford, Woodley, Charvil, Sonning, Hurst, Earley and Wargrave.

Group Scout Leader Pete Fry, also presented Nige Board with a gift. This was in recognition of his 30 years service to Scouting and as a leaving present from the Troop in appreciation of his significant commitment to Scouting in Wargrave.  Nige has recently been appointed to a new position as Berkshire’s Assistant County Commissioner for Scouts.

Over 100 Beavers, Cubs, Scouts, Parents and Villagers enjoyed an hour of entertainment including comedy sketches and songs, plus everyone joined in with the singing of festive carols. 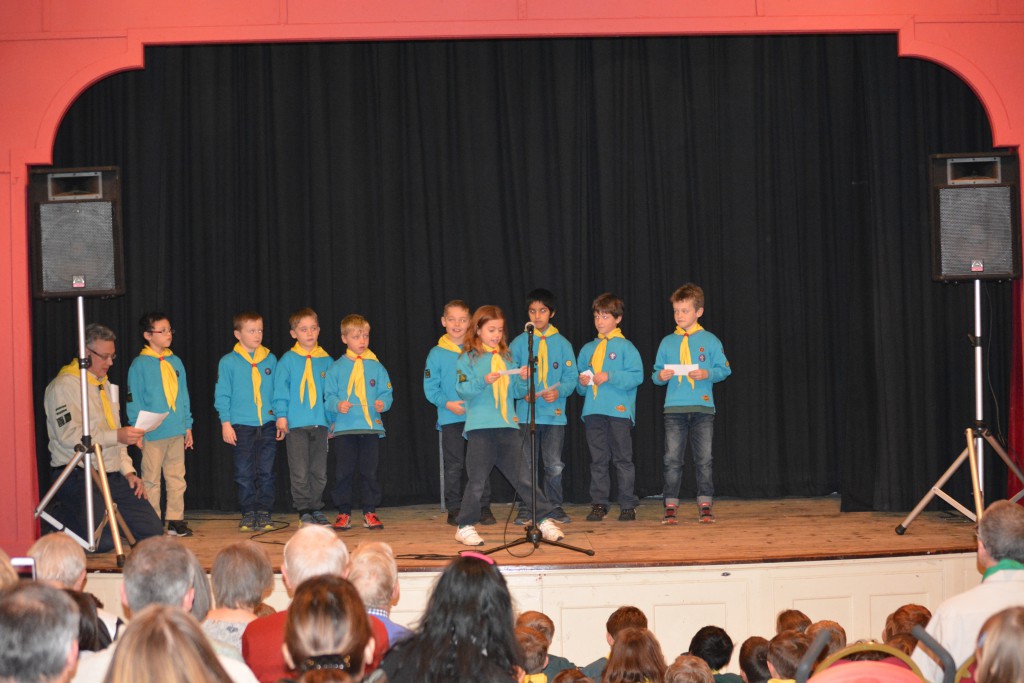 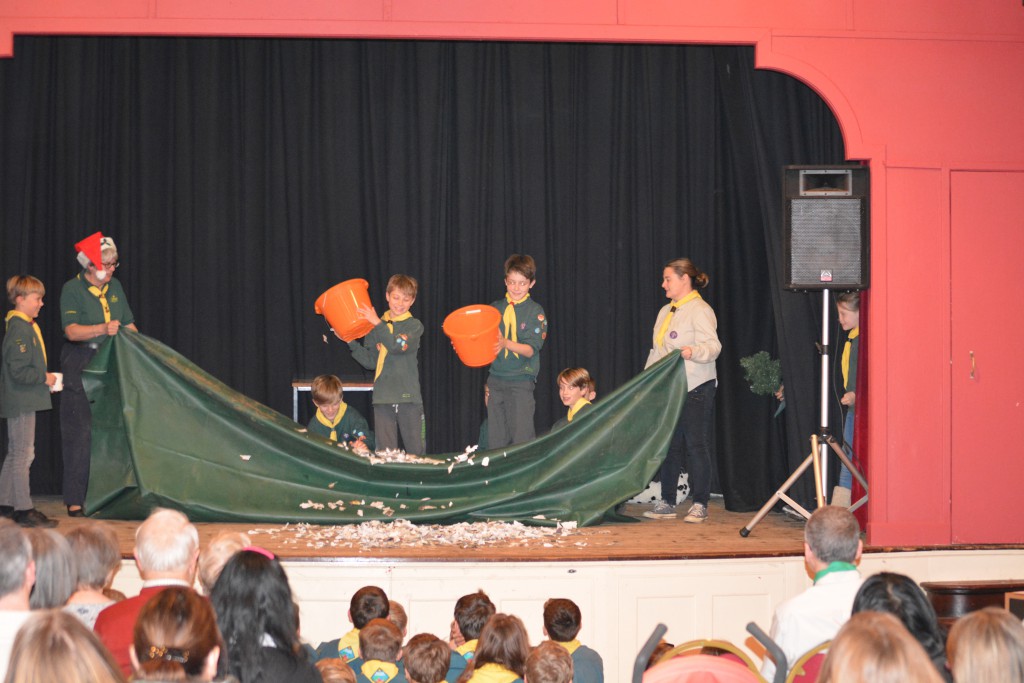 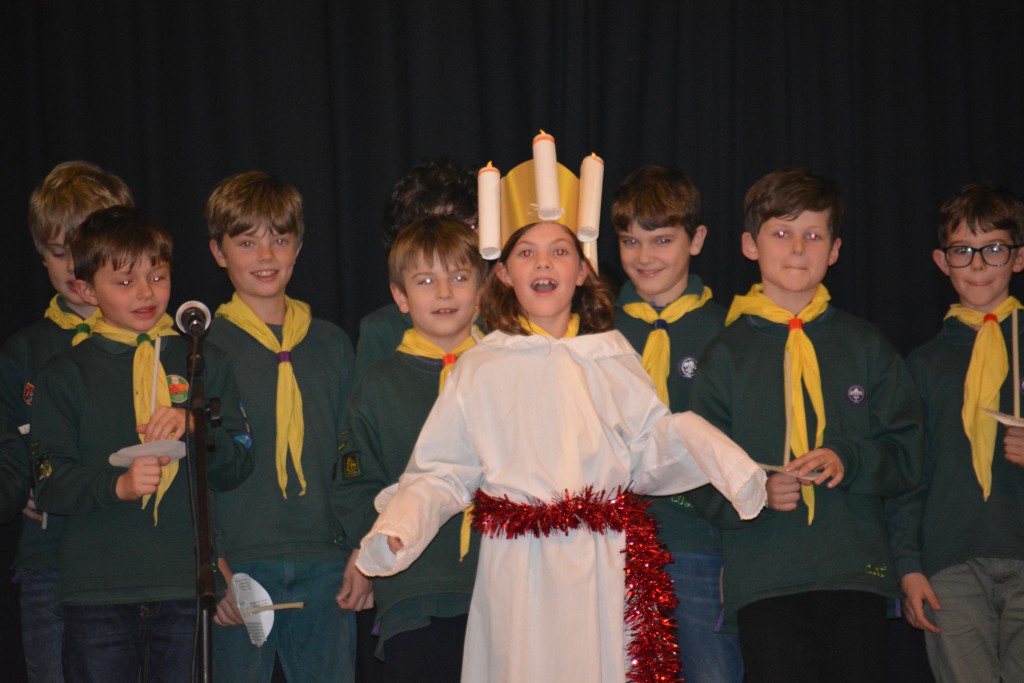 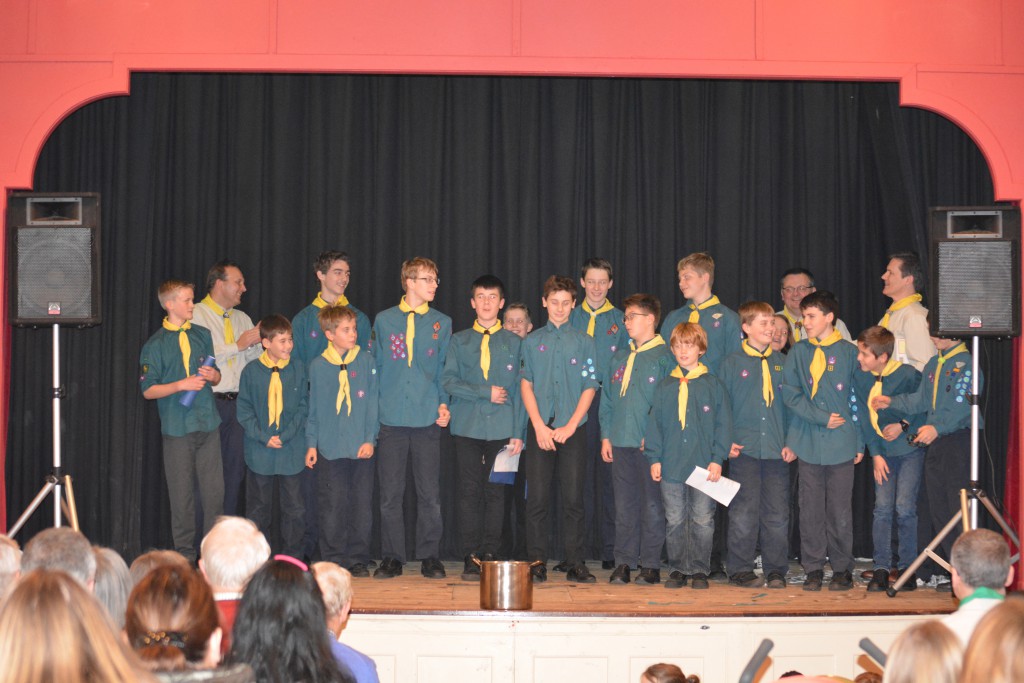 The evening ended with seasonal mulled wine and mince pies.  A total of £250 was raised and donated to local Twyford children’s charity, Daisys’s Dream.

2016 is a very exciting year for the Village Scout Troop.  In July twelve boys and girls, plus four leaders will take part in an International Jamboree in Finland (see our FINLAND blog). We also have a fun-packed Spring Term planned which will include a Leap Year Engineering Challenge, Fire Safety, Camping @The Hut, Pancake Racing, Spring Night Hike, Wide Game Challenge (against 1st Twyford Scouts), Laser Quest and Indoor Pioneering.

If you have a son or daughter that would be interested in joining Beavers (6 to 8 years), Cubs (8 to 10.5 years) or Scouts (10.5 to 15 years), or if you are an adult that would like to get involved in Scouting, please email gsl@wargravescouts.org